FEELING THE PAIN: In rural Oklahoma, oilfield communities see the ups and downs of oil and gas industry firsthand 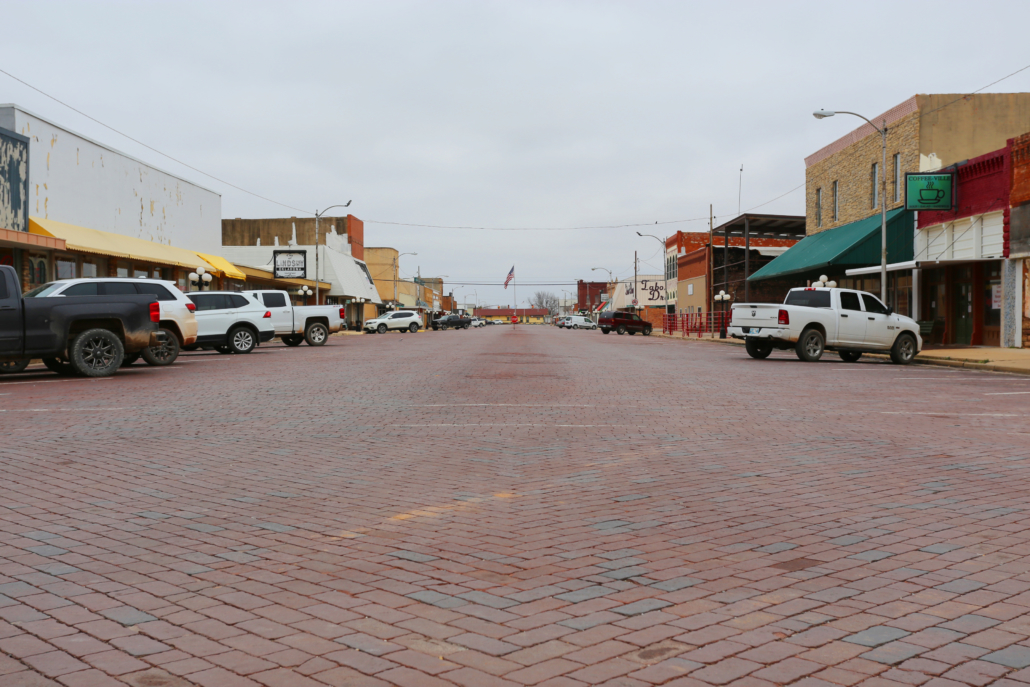 Downtown Lindsay, in the heart of the SCOOP, is dependent on a vibrant oil and gas industry. With Oklahoma’s rig count still in the teens, the influx of oilfield workers that benefitted the community in years past has dwindled significantly.

The economic impact of Oklahoma’s oil and natural gas industry doesn’t just affect the sales tax and water sales the town generates from drilling; it affects almost every aspect of the economy from mom-and-pop cafes to big box retailers like Walmart.

In the boom times, that flurry of oil and natural gas activity equals a financial boom to the City of Lindsay, which lies in the heart of the SCOOP.

Thanks to the influx of tax collections, the city replaced an aging water treatment plant with a reverse-osmosis treatment facility and used the former plant as a holding tank for water from the city’s wells earmarked for industrial use. The sale of that water, primarily for use in the oilfield, generated an extra $4 million for the city in addition to a monthly sales and use tax increase of $100,000 per month, a direct result of the increased number of people working in and around the city.

Rental property throughout the city also sees a boost, as demand for housing increases, and those mom-and-pop restaurants and stores rely on the hunger of oilfield workers, which also leads to additional hires. But when the downtimes hit, cities like Lindsay feel the cut more than larger metropolitan areas in the state.

“The oil and natural gas industry is very impactful because of our sales tax. Because oil is down right now, we have had to cut our city budget big time,” said Kathy Hammans, Lindsay city clerk.

“We had to cut all capital outlay from last year’s budget because we were down so much, so there were no new vehicles and we had to limit doing any roads. We are in need of a new electric plant and substation, and that has been put off for a year.”

Hammans said that the OPEC price war of 2020 and the COVID-19 pandemic led to even more insecurity in the oil and gas industry in Lindsay.

“The oil and gas industry impacts everything we do here because the businesses in town are not seeing the clientele or the customers that come in from the oil industry,” she said. “When oil went down with COVID and everything else last year, everything went down. We are hearing that things are starting to come back up and that we will see an increase in our sales tax again. We really hope that happens.”

While the biggest employers are the City of Lindsay and Lindsay Public Schools, many of the residents of Lindsay also work in or in association with the oil and gas industry. On average, roughly 200 oil and natural gas related businesses operate in and around Lindsay.

“Many people are not working because of the oil industry drop, and we’ve had a hard time collecting utility bills because of it. We had some people who were several thousands of dollars in arrears for several months,” said Hammans. “Basically we’ve become a collection agency. It’s very tough because we all know it’s hard right now. So it’s affecting everything.”

THE ECONOMIC IMPACTS
The Oklahoma Energy Resources Board, in conjunction with Steven C. Agee Economic Research and Policy Institute at Oklahoma City University, released an economic impact study for Oklahoma’s oil and natural gas industry that shows the industry in 2014.

The study evaluated the size, composition and economic impact of the oil and natural gas industry on the state. That 2014 report showed that the industry directly employed 110,861 workers and accounts for $27.1 billion in gross state product. It supported $15.5 billion in employee and self-employed earnings.

The indirect impacts were even more impressive. Those indirect impacts equaled employment equivalent to 465,616 full and part-time jobs, $65 billion in gross state product, and $48.1 billion in employee/self-employed earnings. In addition, the state added just over 60,000 private sector jobs between 2010 and 2012, and nearly 25 percent of those came directly from exploration and production operations.

The State Chamber of Oklahoma released another Economic Impact Of the Oil and Gas Industry report in 2016. That report showed that in 2015, the oil and gas industry employed 53,500 Oklahomans who earned $5.6 billion, and 95,000 Oklahomans earned $10 billion in self-employment income from oil and gas activity.

“The oil and gas industry is sometimes our bread and butter, but we’re looking at ways to be more sustainable without the oil industry,” Hamman said. “The oil industry is a big part of Lindsay. I’ve been here for 33 years now, and I’ve seen it go up and down about every five years, and it doesn’t go completely bust. There are good companies that are still stable.”

Dr. Russell Evans, professor of economics at Oklahoma City University in the Meinders School of Business, said Oklahoma’s oil and gas industry was already headed into a mild recession before the price war and pandemic of 2020 hit.

“In late 2018, as we moved through 2019, we were really moving into pretty subdued oil and gas activity, and the oil and gas contraction was leading Oklahoma into a very mild recession in 2020 when the coronavirus hit,” he said.
That recession affects employment, but Evans said the continued advancement in technology also means less jobs.

“The industry continues to get more and more efficient and capital intensive. In other words, as we go through time, the industry is able to produce more and more barrels of oil using fewer workers,” he said. “What that means is that every time we go through one of these contractionary cycles, we don’t ever really get back to our previous employment peak. Even with a recovery, we don’t ever have back all of the jobs that we lost. It seems like we’re down about 20,000 or 25,000 jobs in just payroll jobs and exploration and production.”

For cities like Lindsay, which relies heavily on workers and companies spending money in the area, that job loss means even more bad news.

“There are so many other kinds of auxiliary sectors that benefit from oil and gas,” Evans said. “Say there’s a big play going. The housing and hotel market, the restaurant market and other businesses like gas stations are all affected when we have a downturn like this in the economy in oil and gas. They all feel the hit.”

Not all little towns can survive if oil and gas goes away. For the communities that rely on the employment and money from the industry, oil and gas is a lifeline to continued prosperity.

“I think that as we go through the next generation of Oklahomans, we’ll see some rural areas that find a path forward and some where the struggle gets gets harder and harder every passing generation,” Evans said. “I think our small communities really need to think about how to leverage our oil and gas good times towards a sustainable economic future.”